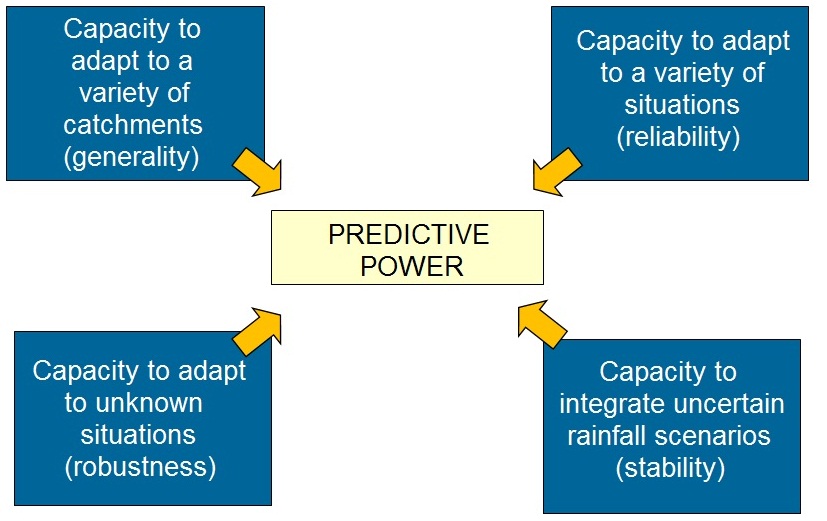 In our research, an original and pragmatic approach is adopted, giving up the detailed description of various processes.

A logical approach reproducing at best the overall behaviour of a catchment under the combined action of two key forcing variables (precipitation and evaporative demand) was built, by progressively testing the effectiveness of each new contribution.

The approach is based on the following elements.

Sensitivity analyses of hydrological models are at the heart of several of our studies:

Our current research works in hydrologic modelling also aim to :

Applied research methods are developed to meet the needs of operational hydrology in several practical applications:

For more information: see our publications and models.